This research proposes the development of a hybrid adaptive controller for position tracking in an air levitation system: H-MRAC (Hybrid - Model Reference Adaptive Controller). The H-MRAC consists of the junction of the conventional PID controller with the MRAC. The purpose of this junction is to make the MRAC assist during the transitory regime, when the parameters are in convergence and the controller performance is weak. As a methodology for the development of the adaptation mechanism, Lyapunov’s theory was used, and a new control law was proposed. The obtained results were compared with an adaptive PID, in which the H-MRAC showed smaller position error, 28.62% in the simulations and 6.92% in the experiments in average, with asymptotic convergence and disturbances rejection. 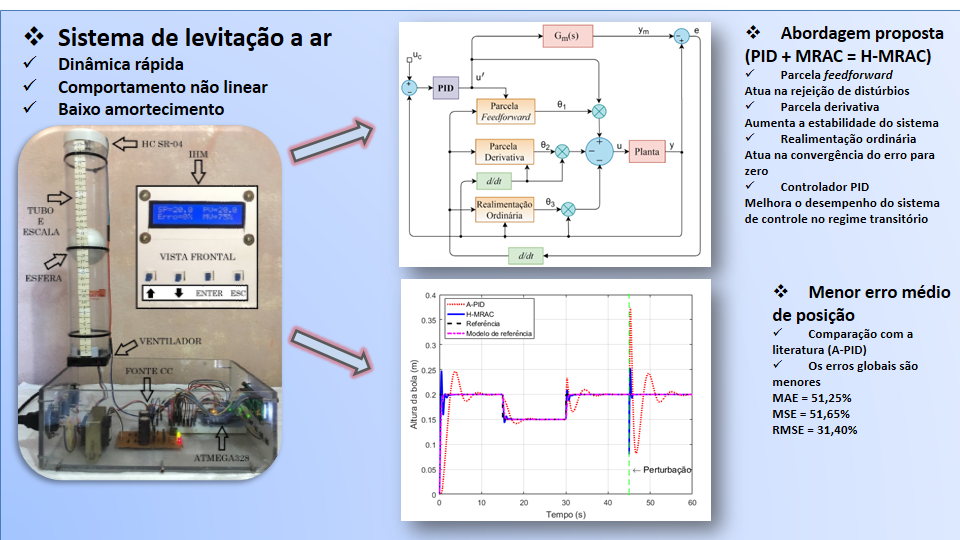