This paper presents a new control strategy for three-phase four-leg inverters, to meet the requirements of total and individual harmonic content imposed by IEC 61000-2-2 when the inverter feeds a non-linear reference load defined by IEC 62040-3. The analysis and design of the controllers are based on a discrete-time model, developed in the αβ0 reference frame. The proposed control strategy consists of an inner current control loop and an outer loop to control the phase voltages, using Proportional-Resonant controllers. The concept of harmonic impedance, proposed initially for single-phase inverters, is used to tune the controllers. Simulation and experimental results are presented to validate the harmonic impedance obtained and the design of the proposed control strategy when the inverter feeds non-linear loads. 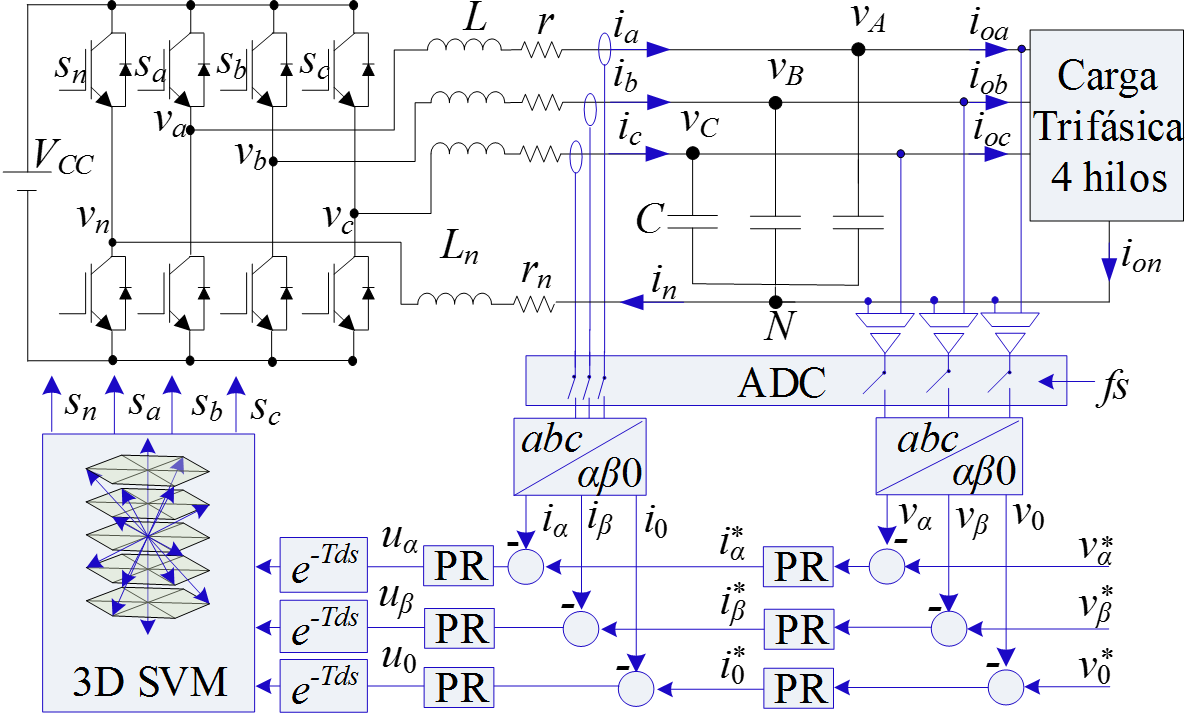