Lightning represent a potential threat to various society activities, such as damage to telecommunication systems and the distribution of electric power, as well as injury or death of humans. Predicting the occurrence of lightning can help in making decisions about the actions that must be taken to minimize the risks of this natural phenomenon. In this study, data from air temperature profiles and dew point temperature and historical lightning data were used to obtain two predictive models of lightning occurrence. The models were obtained by using an artificial neural network. The first model was obtained through unbalanced data and the second balanced with Synthetic Minority Oversampling Technique (SMOTE). The model performance was tested in five diferente classes of lightning predictions: absence, low, moderate, very and severe, considering five prediction periods: case 1 (one hour), case 2 (two hours), case 3 ( three hours), case 4 (four hours) and case five (five hours). It was observed that the use of the Synthetic Minority Over-sampling Technique improved accuracy in the recognition of atmospheric patterns that lead to the incidence of lightning. 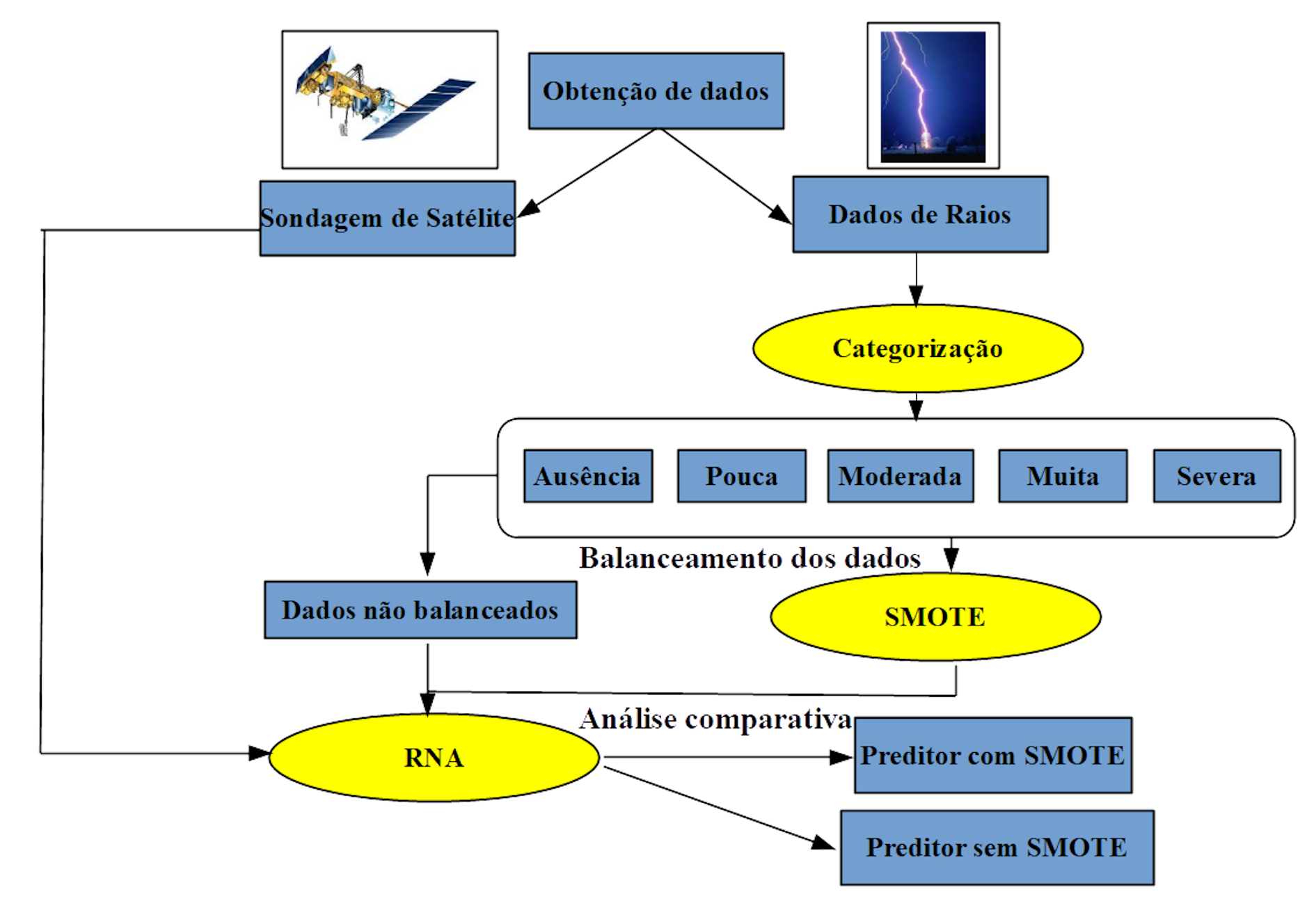