Tuning the Proportional Integral Derivative, or PID, controller in cyber-physical systems is a major challenge as it
requires advanced mathematical skills. Several authors in the literature have shown that optimization algorithms are efficient for auto-adjust PID controller constants, especially when there is no mathematical modeling. However, the literature lacks works that show the efficiency of the Variable Neighborhood Search (VNS) algorithm to auto-adjust the PID. In this work, we investigate the efficiency of the Variable Neighborhood Algorithm to fine-tune a PID controller of a real cyber-physical-system: a birotor flying drone. The approach consists of applying a numerical neighborhood structure to optimize the three constants of the PID, according to a proposed fitness function. Experiments reveal the feasibility of fine-tuning the PID controller and the birotor balancing with the Variable Neighborhood Algorithm with reduced time. We compared the VNS-approach against one based on genetic algorithms, and on average, the VNS-approach achieves better results with lower computational and memory costs. Results suggest that the approach may be used in real or commercial systems, helping to fine-tune the controller to new environment changes or even last-minute project modifications 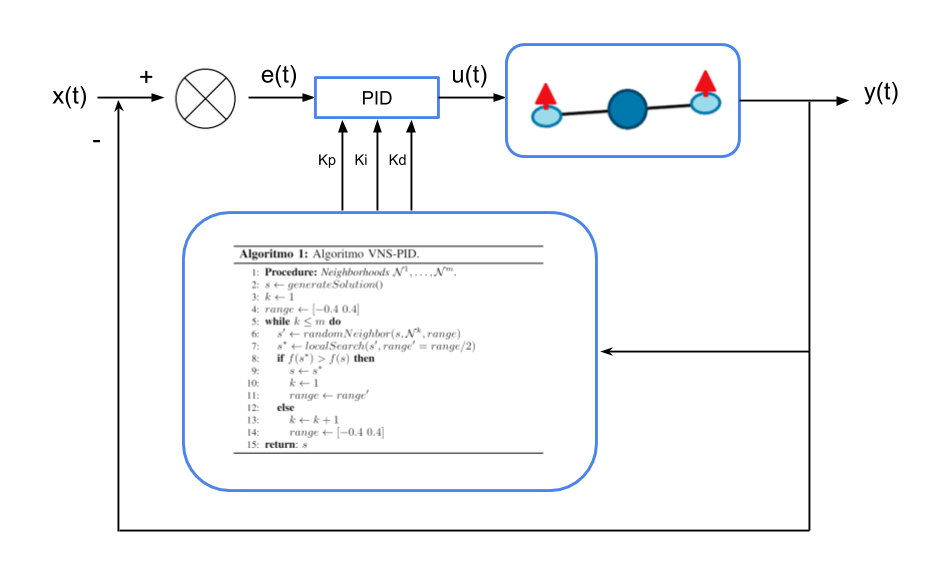