The influence of pollution and atmospheric altitude on a glass insulator, to know how it affects its performance is simulated by means of an element finites analysis. The contamination was represented with a thin layer with different values ​​of conductivities and thicknesses, and for the study of altitudes, the equivalent simulation voltages were used using the correction factors. From the simulations, it was obtained that, by increasing the conductivity and altitude values, there is a notable increase in the concentration of the electric field and leakage currents leading to the potential distribution of a capacitive regime to a resistive one over the insulator surface. By increasing the dimensions of the insulator by IEC60071-2 [1] and the suggestions of IEC 60815-2 [3], to support the level of contamination and proposed altitudes, it was obtained that in the case of the capacitive regime (conductivities lower than  S/m) there is a decrease in the concentration of the electric field of up to 21% concerning the dimensions of the base insulator at sea level. For the resistive regime, a decrease of up to 34,5% is achieved for the leakage currents obtained for the conductivities calculated according to the level of contamination of the site of the IEC60815-1 [3] standard. Despite the decrease of the leakage current in the resistive regime after the increase of the insulator dimensions, only the current was reduced to a value of 13,1mA, which means that the corrections of the insulation dimensions do not mitigate for all the leakage current through the insulator surface. 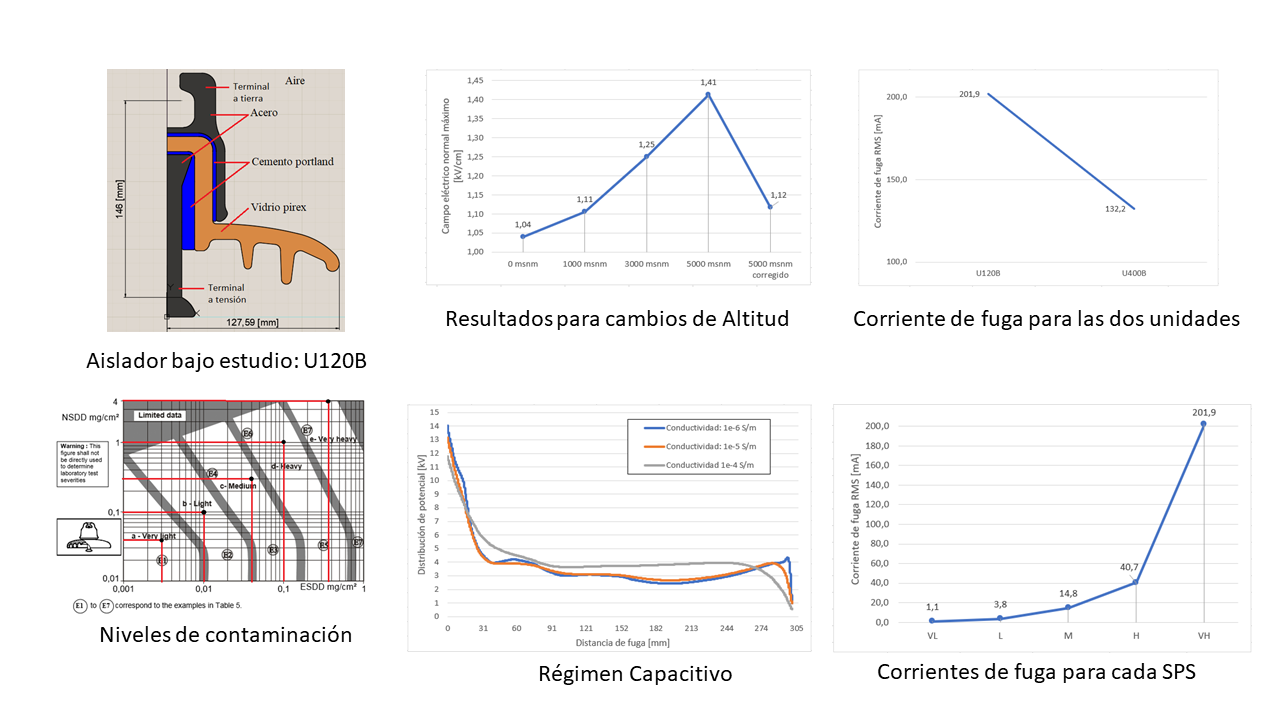