Photovoltaic (PV) generation is becoming a necessity worldwide, considering the production of energy in a sustainable way. Hence, the implementation of devices and applications for conditioning the energy generated by the PV modules has been extended, among which the development of DC-DC converters stands out. One of the main roles of these converters is to keep the output voltage constant, given the variations in solar radiation, ensuring control of the energy produced. In addition, given the need to verify the conversion efficiency and the power produced, the implementation of electronic circuits that promote the control and monitoring of the system is relevant. One of the resources that facilitates such implementation is the use of microcontrollers that have communication with the Internet. Lately one of the platforms that has gained prominence in applications employing the Internet of Things (IoT) concept, is the ESP32 microcontroller. In this sense, the development of a DC-DC Flyback converter integrating the IoT concept is discussed in this work, implementing the monitoring and control of the energy generated from the PV system through the ESP32 microcontroller. The results showed a setup capable of being monitored online and in real time. The voltage control promotes the regulation of the output voltage and the IoT control allows modifying the converter output voltage, according to the user’s need.

Antonio Wallace Neres da Silva: Born in the city of Maracanaú-CE in 1990. He is currently studying for a postgraduate program in renewable energy of the Federal Institute of Ceará (IFCE) - Campus Maracanaú / Fortaleza. Graduated in Industrial Maintenance Technology at IFCE Campus Maracanaú concluded in 2016 and has technical graduation in electrotechnics at IFCE Campus Fortaleza concluded in 2010. Works as a Laboratory Technician in Electronics at the University of International Integration of Afro-Brazilian Lusophony (UNILAB). He has experience in the field of Electrical Engineering, with an emphasis on Electrical, Electronic and Power Electronics Circuits, acting mainly on the following themes: photovoltaic generation systems, microcontrollers, embedded systems and software development.

Luiz Daniel Santos Bezerra: Born in Fortaleza in 1983, he holds a PhD (2018) and a master's degree from the Federal University of Ceará (2010) in Power Electronics with an emphasis on control of converters through the use of digital control. Graduated in Electrical Engineering from the Federal University of Ceará (2007) - Magna Cum Laude. Graduated sandwich at Elektrotechnik - Universität Kassel (2005). Has experience in the area of ​​Electrical Engineering, with emphasis on Electronic Automation of Electrical and Industrial Processes, acting mainly on the following themes: fuzzy, pid, integrated systems, usb communication. He works with control projects for industrial machines and servo mechanisms, also works in the development of projects in the area of ​​power electronics, especially with the use of applied digital control. Partner and former director of SDG Soluções Energéticas. He is currently Professor of Technical and Technological Education at the Federal Institute of Ceará, Campus Maracanaú.

Sandro César Silveira Jucá: has University Degree (Studienkolleg) at Technische Hochschule Köln - Germany (1996 to 1998) and Graduation in Mechatronic Technology from the Federal Institute of Ceará (2002). He is a Specialist in Industrial Automation (2003) and has a Degree in Physics (2005) from the State University of Ceará (UECE), Master (2004) and a Doctor in Electrical Engineering (2014) from the Federal University of Ceará (UFC) with research carried out at Universität Paderborn - Germany and support for the Deutscher Akademischer Austauschdienst (DAAD) Sandwich Doctorate program. He also did a post-doctoral research internship (2019) at the Universidad de Cádiz - Spain with support from Fundación Carolina. He is currently a professor and researcher at IFCE - Campus Maracanaú, permanent professor at ProfEPT (Master in professional and technological education in national network with Qualis Teaching) and Academic Master in Renewable Energies (PPGER with Qualis Interdisciplinary). Research in Mechatronics and Electrical Engineering, within the following themes: Renewable Energies, Embedded Systems, IoT, Robotics, Distance Education and Professional Education.

Claudio Marques de Sá Medeiros: Born in Fortaleza in 1965. Graduated in Electrical Engineering from Universidade Federal do Ceará (1989), Graduated in Business Administration from Universidade Estadual do Ceará (1998), Master in Electrical Engineering from Universidade Federal do Ceará ( 1997) and PhD in Teleinformatics Engineering from the Federal University of Ceará (2008). He is currently a professor at the Federal Institute of Education, Science and Technology of Ceará, teaching subjects in the undergraduate course in Mechatronics Engineering and in the graduate programs in Computer Sciences and Renewable Energies. In the area of ​​Electronic Automation of Electrical and Industrial Processes, he has been working mainly in the activation of electrical machines, process control, microcontrollers and industrial electronics. In the area of ​​renewable energies, it has worked in the generation of electric energy based on the photovoltaic principle. In the area of ​​applied computational intelligence, he has worked in the application of artificial neural networks and fuzzy logic in the detection of failures in electrical machines. 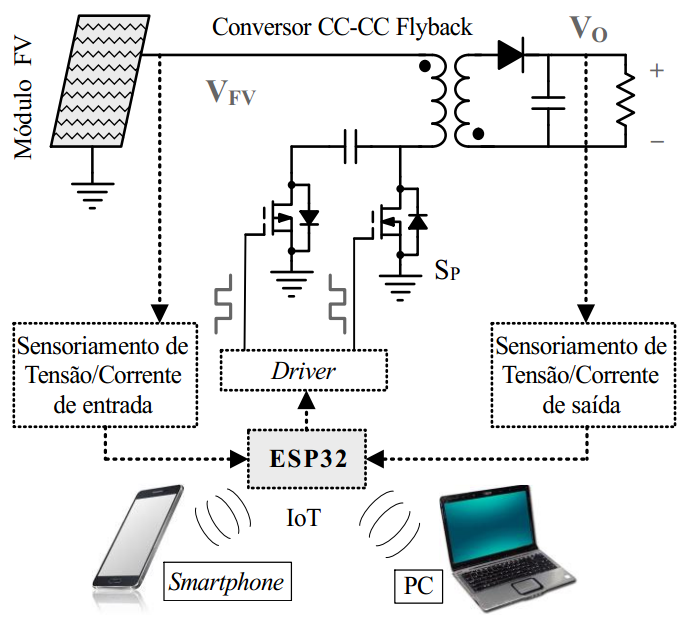