Evaluation and Proposal of a Lightweight Reconfigurable Accelerator for Heterogeneous Multicore

Nowadays, with the spread of mobile devices, energy efficiency and performance have become important requirements in system design. These devices need enough performance to run increasingly complex applications at the lowest possible energy cost to extend battery life. Heterogeneous systems have proven to be a promising solution to meet such demands. Generally, such systems consist of cores that offer either energy efficiency or high performance. This work proposes a reconfigurable accelerator, called ALLEGRI, and evaluates its impact on performance and energy consumption considering three different versions of a multicore processor, varying the superscalar processor issue width (single, dual and four-issue). The parmibench suite was used to evaluate the system. The results show that the version that has the best energy efficiency and the best performance was the single-issue multicore + ALLEGRI and four-issue + ALLEGRI, respectively 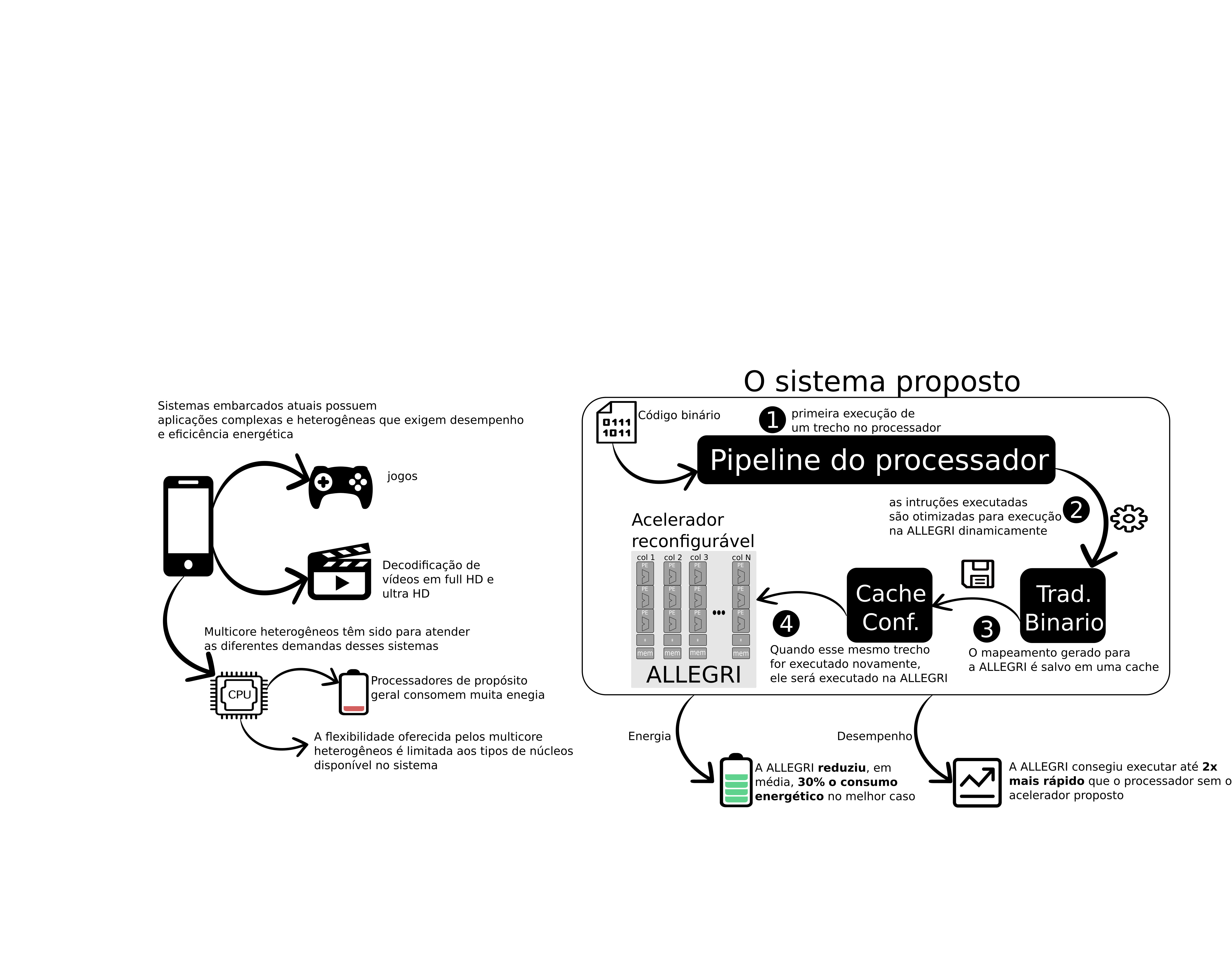