Ethanol is a biofuel widely consumed in Brazil, which functions as a substitute for gasoline since the late 1970s. Due to several fluctuations in the characteristics of the Brazilian vehicle fleet and the political-economic conditions of the country, forecasting ethanol consumption has become a difficult task to perform. Under this scenario, the aim of this paper was to forecast ethanol consumption in Brazil using an approach of Long-Short Term Memory (LSTM) Recurrent Neural Networks (RNN) and Autoregressive Integrated Moving Average (ARIMA) models. The above, taking into consideration univariate and multivariate models for each case. Likewise, single-layer and multi-layer topologies of LSTM RNN were explored in this study. The results show that LSTM models overperformed ARIMA models even working with a relatively small training dataset of just 180 instances. This, for both univariate and multivariate models. A novel approach for searching suitable LSTM Neural Network topologies is proposed in this paper. 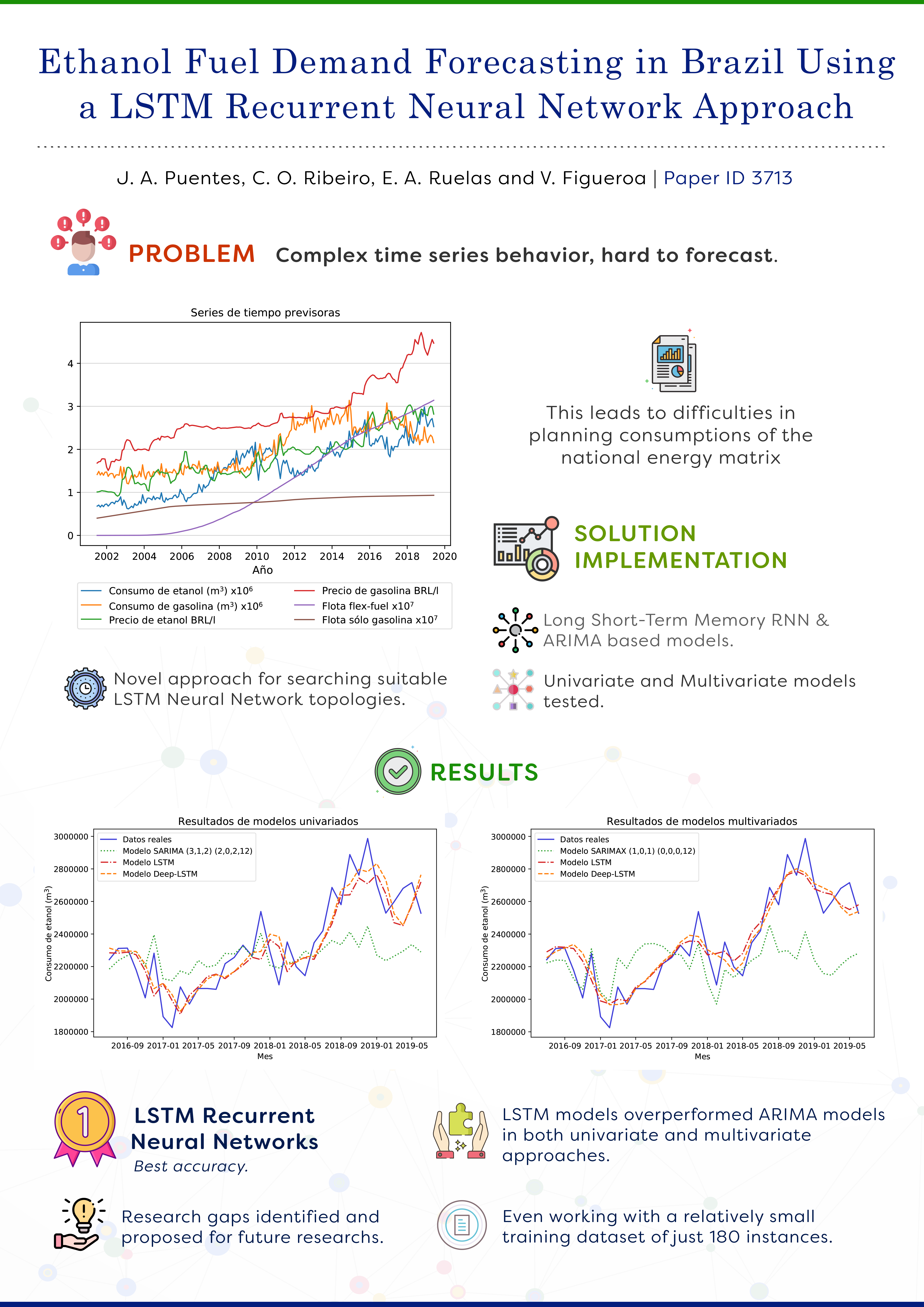