LPV Control of Current Source Inverter synchronized with the grid

The problem of reducing harmonic distortion in the interconnection of a Current Source Inverter (CSI) to the utility grid is approached from a feedback control systems perspective, ﬁltering the presence of harmonics from the current of the grid generator. A linear model of the interconnection is presented, where the frequency of the grid is assumed variable being estimated together with its phase through a Phase Locked Loop (PLL). With the estimated frequency in hand, a Linear Parameter Varying (LPV) control law is implemented through state feedback which achieves harmonic suppression and reference tracking. Implicitly, this allows for the estimation of the magnitude and phase of the harmonic distortion canceling it up to the level where the CSI can provide power. An analytic proof of the ﬁltering guarantees of the method is presented with simulation results that show the practical viability of the technique. In particular, it is shown that this control approach is capable of an appealing adaptation to changes in the frequency of the power grid. It is also shown that the adaptation method requires a low computational burden being able to cope with disturbances in the estimation of the frequency of the power grid as well. 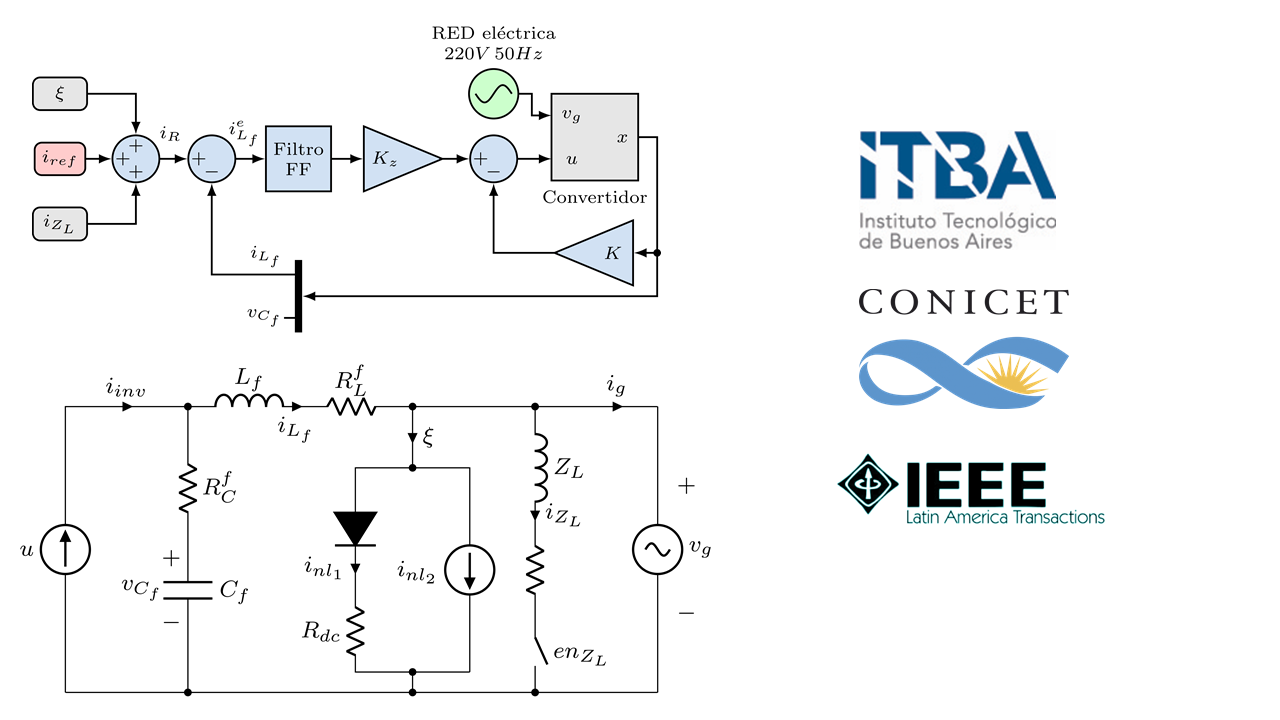