Static power inverters emerged with the growth of renewable energy generation. These types of inverters have revolutionized the electrical energy conversion process, with advantages in terms of efficiency, volume, costs, among others.
Static inverters are devices composed of inductors, capacitors, power semiconductors and signal microprocessor circuits. Several studies conclude that thermal stress is the main trigger for the degradation of its components, rapidly leading to reduced efficiency in the energy conversion process, economic losses and, in the worst case, system failure. In this sense, this work proposes an algorithm, based on thermal imaging processing, capable of detecting the overheated components in photovoltaic inverter. The algorithm is capable of presenting the temperature distribution in the inverter, detecting and diagnosing if some component has a temperature above the proper one for its normal functioning, evaluating several scenarios of active power processed by the inverter. The implemented classifier achieved a global exaction of 97.9% and a Kappa value of 0.974 on the image classification of a 1.5 kW photovoltaic inverter from PHB electronics.

Heverton Augusto Pereira (M’12) received the B.S. degree in electrical engineering from the Federal University of Viçosa (UFV), Viçosa, Brazil, in 2007, the M.Sc. degree in electrical engineering from the University of Campinas, Campinas, Brazil, in 2009, and the Ph.D. degree from the Federal University of Minas Gerais, Belo Horizonte, Brazil, in 2015.,He was a Guest Ph.D. Scholar with Aalborg University, Aalborg, Denmark, in 2014. He has been an Adjunct Professor with the Electric Engineering Department, UFV, since 2009. His main research interests include grid-connected converters for photovoltaic and wind power systems, and high-voltage dc/flexible ac transmission system-based on MMC. 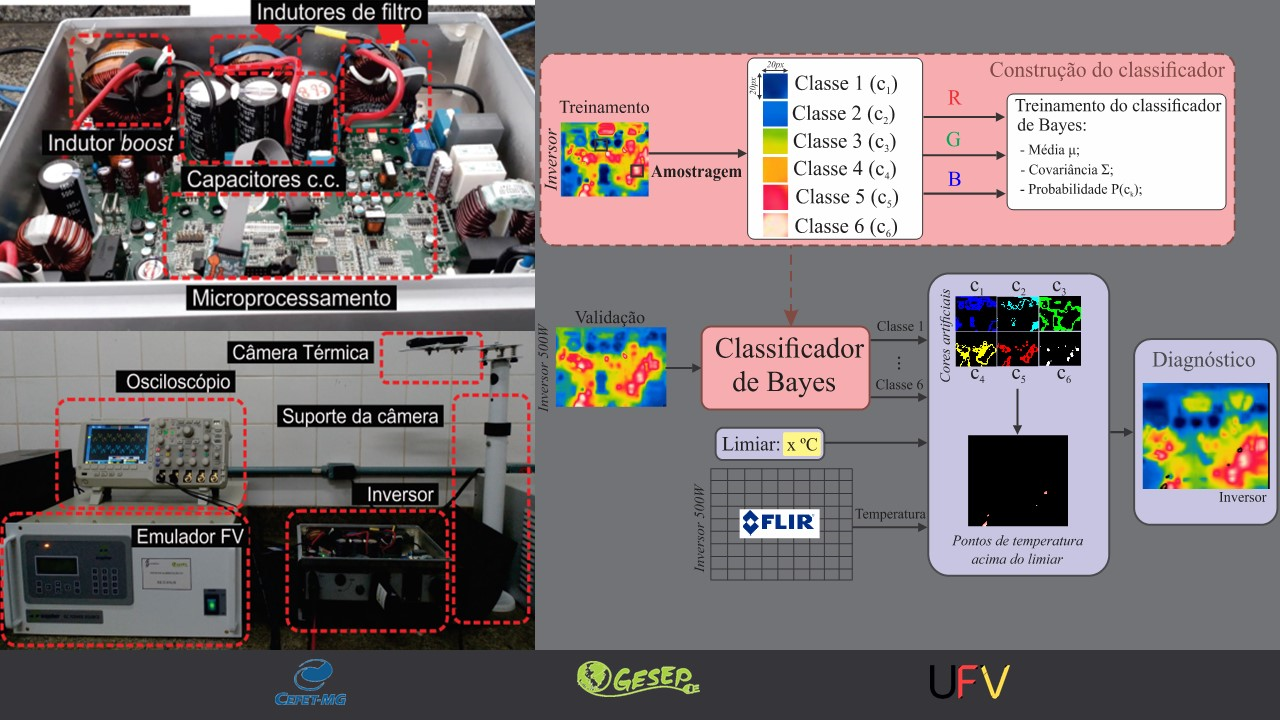