In this paper a research on magnetic control of DC-DC converters applied to LED drivers is presented. The proposed control method is based on the modulation of the effective inductance of the DC-DC converter operated in discontinuous conduction mode (DCM). Thus, by using a variable inductor (VI), the converter output can be controlled in order to regulate the current through the LED. This work demonstrates how the method of magnetic control can effectively be used to control DC-DC converters with an LED load, as well as be combined with other control parameters as duty cycle or switching frequency to improve the converter performance. An experimental prototype has been built to test the control method analysis and modeling methodology, and to verify its feasibility and possibilities. 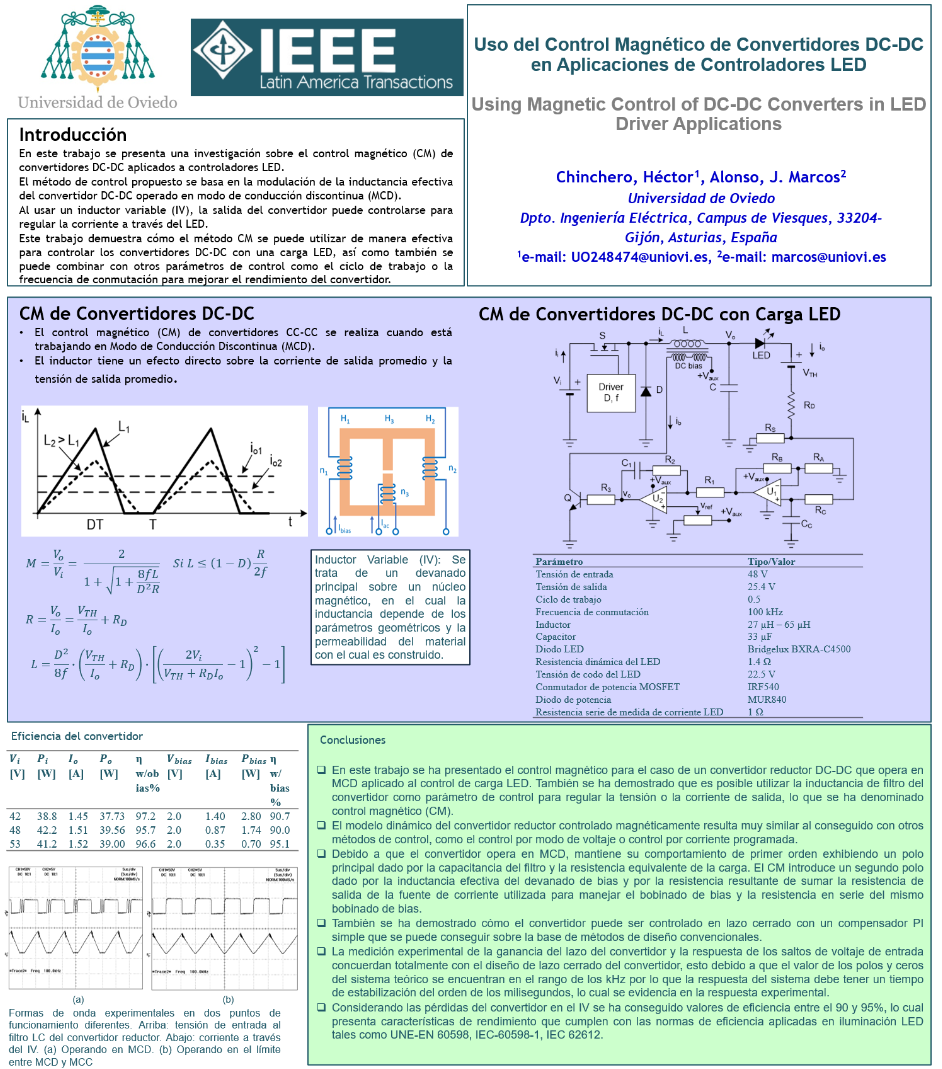