The present work aims to promote a comparative analysis between the most cited and recent methods in the scientific world associated to the Frozen Permeability Method combined with the Finite Element Method for on-load cogging torque evaluation in permanent magnet synchronous machines (PMSM) and determine which is the most appropriate. Numerous researches have been carried throughout the years in order to accomplish the task of segregating the torque components and figure out the origins of torque oscillations. However, most of them have failed as they usually attribute the torque ripple only to the cogging torque and taking general conclusions based only in one type of PMSM. Here, in the present text, the investigation is carried out basing on different PMSM topologies and different current waveforms for motor drive. The results show that the most suitable methodology is not based on electromagnetic energy neither based on the electromagnetic coenergy but based on flux distribution. All simulations are performed with FEMM (Finite Element Method Magnetics) software. 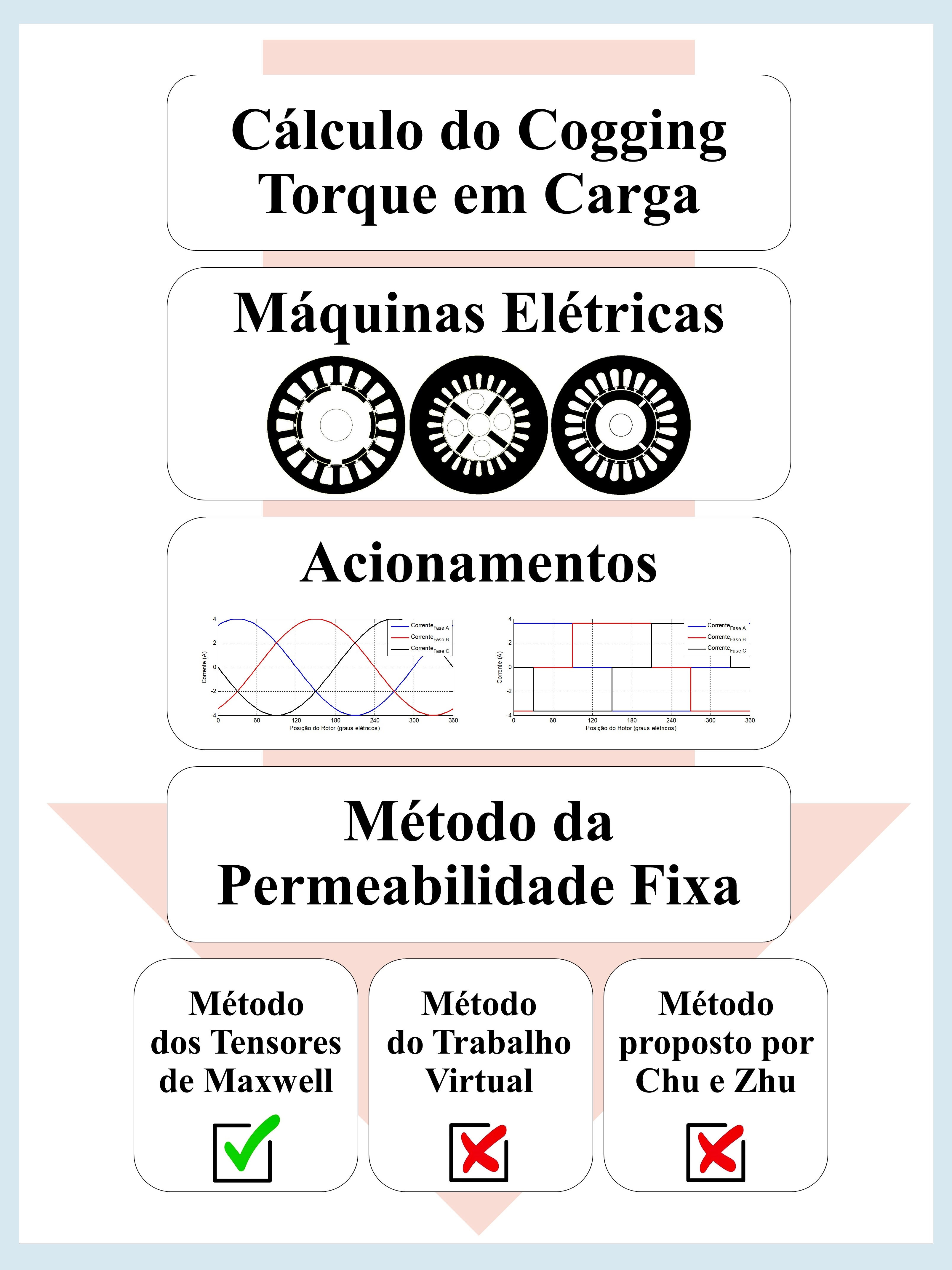