The use of devices based on power electronics has been widely spread to improve the transmission lines performance. However, the inclusion of these compensators, named Flexible AC Transmission Systems, produces adverse effects on conventional protection schemes. For instance, it modifies the apparent impedance of transmission lines. This condition produces malfunction in conventional distance protection. This paper presents an algorithm protection for power transmission lines, compensated with a Thyristor-Controlled Series Capacitor. The proposed algorithm is capable of discriminating the directionality of traveling waves as well as detecting and locating eleven types of faults. The impact of the Thyristor-Controlled Series Capacitor device in the directionality of traveling waves is analyzed and separated for developing the protection. The obtained results show that the directionality of the algorithm is not affected by the presence of Thyristor-Controlled Series Capacitor. In order to validate the algorithm, several study cases are considered. The error calculating distance to fault is smaller than 1.25%. 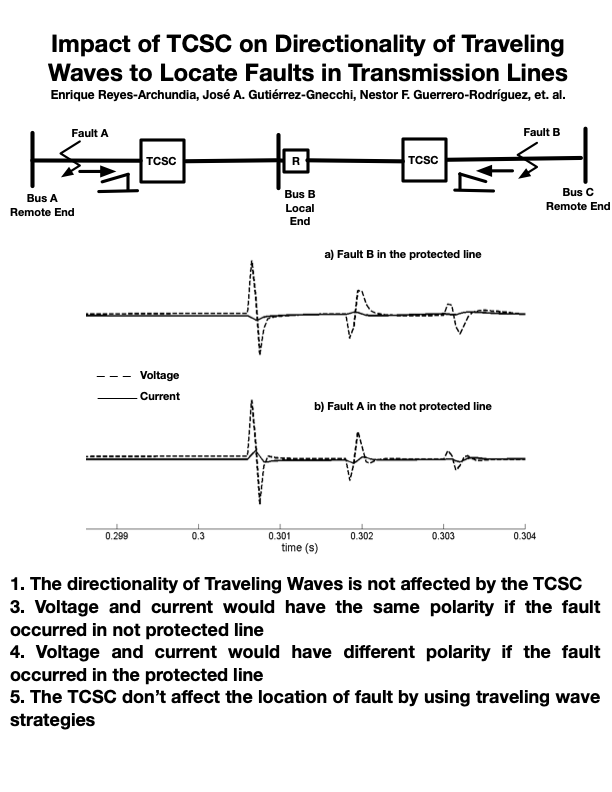